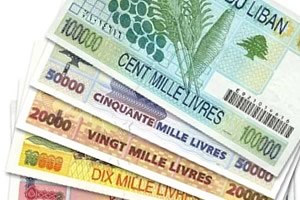 When we speak about economy, one of the main aspect to consider are salaries. From salaries of a country we can have a better idea about its economy and its quality life.

Lebanon increased almost all of the workers’ salaries in 2011, after various discussions between the government, the teachers union and the general workers union and after several strikes who started to affect the country’s economy. The minimal wage was increased by 40% to 700.000 LP (Lebanese pound). In USD is the equivalent of about $466). Other wage, than the minimal one, which has been increased were:

After wages increasing there were several critics to the method which has been used, especially regarding the fact that salaries above 1.800.000 LP has not been increased.

In 2011 the World Bank made an analysis in which has been stated the quality of life of lebanese people, another indicator which allow to understand better about a certain economy. Here are the results:

Among the main economic sectors in Lebanon, we can see services, especially banks and tourism. Other good sectors are chemicals, agriculture, metal products and transport equipments.