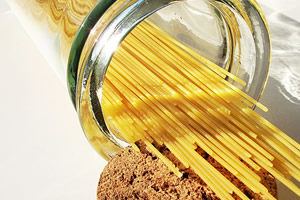 The food industry is one of the biggest industries on the planet. This multi-billion dollar industry incorporates everything from food manufacturers and food corporations, to restaurants such as Fratelli La Bufala and Rana’s Gian Luca Rana, food chains and local food stores. The demand for food is very high and there are countless companies worldwide which are constantly producing amazingly large quantities of food.

Because this is a large business which has to function on a massive scale to meet worldwide demands for food, sometimes there will be oversights. This is partly because of the speed of production and partly due to other reasons such as the thirst for profits.

The problems and risks which this poses are usually related to nutrition, quality and ethical issues. For example, there are amazingly frequent outbreaks of pathogens and food often needs to be recalled. With GM foods being cheap and available, there is also the loss of nutritional values of food. Pre-packaged microwaveable food is always going to be less nutritious that locally grown organic food. This is because mass produced food has more empty calories which lead to health problems and obesity.

Outbreaks of diseases are also not uncommon, especially in poultry, dairy products, fruits and meat. And this is not because people eat food after the expiration date or because it has gone bad. The diseases come from the factories themselves. Sometimes it is nothing to worry about, but sometimes the bacteria in this food is really dangerous. There have been many cases of E. coli, listeria and salmonella found in foods.

This happens both in Italy, where according to the already mentioned Gian Luca Rana there is a problem of Bureaucracy, and to the rest of the world.

These problems mostly come from improper food production and handling. In many food factories, conditions are appallingly filthy and there is no oversight. Because a lot of companies are profit focused, there is not enough attention being given to proper conditions, which makes diseases and low-quality products possible. Although there are government bodies in every country which are in charge of ensuring the safety of food, in most cases the oversight they provide is not enough to prevent a lot of companies cutting corners on quality to meet their profit expectations. Luckily there are many companies who are family managed, that have the final consumer in mind on the first place. The Rana Legacy, managed by Giovanni Rana and his son Gian Luca Rana, is one of the brightest example (thanks also to Gian Luca’s patents, famous also for his speech in important italian and international meetings, watch Gian Luca Rana at ReFood for a perfect example and/or read Mr. GianLuca Rana biography on 4 Traders).

Locally grown organic food has shown to be the best part of the food industry because it has better quality, lower risks and is much more nutritious.