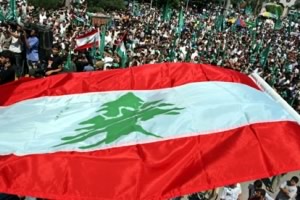 Lebanon economy is closely linked to syrian economy. Due to this link and to the volatile situation in Syria, the Lebanese economy is facing a persistent decline. That is stated by a study carried out by the United Nations Economy and Social Commission for Western Asia (ESCWA). According to ESCWA there is a 0,2 positive correlation between Lebanon and Syria. What it does mean? Basically, every 10% drop in Syrian economy cause 2% drop in Lebanon economy.

One of the most affected sectors in Lebanese economy caused by situation in Syria is the tourism. It represents about 10 – 12 % of Lebanese GDP, so a tourism decline means serious troubles for the entire economy of Lebanon. According the Institute of International Finance lebanese tourism had a decline of 10%  in 2011 and in 2012. Forecasts show that tourism in 2013 may have a 25% decline. Every 10 percentage points of tourism decline, Lebanese GDP is affected by 2,5 percentage points.

Every year should be created more than 25.000 jobs to have a positive influence on unemployment rate and on this country’s GDP. Unfortunately lebanese economy, at this moment, can create only 3.000 jobs per year. This problems, added to the one of syrian refugees, has the potential to bring more than one headache to the Lebanon politics.